The last time the ’20s rolled around, jazz, flappers, and Al Capone were a thing. It was a century ago, but each still serves as an iconic visual that tells the story of a time of musical fluidity, fabulousness and fear, respectively. It was a decade that started with Prohibition and ended with The Great Depression.

I only mention it because 100 years later, the need to tell colorful stories about who we are hasn’t changed, but the way in which we do it has.

It’s the 2020s — and if one thing is clear, it’s that it’s no longer all about the written word. In the era of iPhones, social media, VR and AR, marketers must perpetually explore new ways to keep people’s attention. Show, don’t tell, is more popular than ever.

But, fear not writers. The good news is that these visual devices and evolving storytelling methods don’t just write themselves. Writers will always be needed on an essential level to digest, filter and translate information to hook audiences in a compelling fashion.

In the name of keeping your skills sharp in the ’20s (2.0) and to encourage visual thinking, here are five visual storytelling devices that are only getting bigger and brighter by the day.

You too can survive the 2020s with 20/20 #marketing vision if you lean into these five #visualstorytelling devices. Click To Tweet

5 Visual storytelling methods you should master in the 2020s:

There are over five billion smartphones on the planet accounting for two-thirds of the world’s population, so the 2020s are primed to be the decade when everyone holding these filmmaking devices officially attempts some form of video creation, good or terrible.

The global domination of YouTube is poised to further explode, duh — but so will Gen Z newbies like TikTok, which has amassed 500 million active users in its first couple of years. Add livestreaming to the mix as a way for brands to connect with customers and you quickly realize that the infatuation with video is only really getting started. Good or bad.

With it comes a host of problems such as the phenomenon primed for its close-up in the 2020 election cycle known as deepfakes and livestream bloopers such as with Tesla’s smashing reveal of their Cybertruck.

But as real as the risk of doing it wrong is… mass adoption seems like the only option as a marketer.

With better video quality, compatibility and file sharing becoming even more mainstream, the ease of shooting a video has gone up while the price of doing so has gone down. Luckily for creatives, the need and demand for quality has also gone way up — and that’s where the writer’s mind comes into play for concepting, scripting and editing.

As a marketer, it will be your job to decide if the story you want to tell can be more easily digested as a video, or whether it should be written out. Or, perhaps it should be both.

Video creates a greater connection point for attention and relatability. It also allows you to showcase personality in a much more compelling way than just words. (I realize the irony even as I type this.)

Imagine if Dollar Shave Club had decided to write up an article about how their service worked instead of creating this video, which racked up millions of views overnight, epitomizing what a viral video could be.

We’d be without shaving toddlers.

I get it. The concept of the infographic is not new. But what is new is the epidemic of relying on data and analytics to guide every decision from what product name to take to market to which relief pitcher should close your World Series game.

Sure, you could serve up this data with old-fashioned bullet points, relying on black-and-white percentage signs, decimal points, bar and pie charts as visuals. But, I’m going to go out on a limb to say that you probably don’t want your content to be the visual equivalent of Ambien.

The important thing to realize is that the journey of creating an infographic worth swallowing whole begins with a writer’s mind to identify the most compelling narrative to be told as eyeballs move down the page. Then, an editor (possibly the same person) to put shape to it and a skilled graphic designer to make it all sing visually to maximize not just its ability to communicate clearly, but its ultimate shareability.

The result could be captivating visuals that make the banal look like a bacchanal of shapes drenched in titillating colors and graphic imagery. As a writer, you should also get used to thinking interactively since the 2020s will demand richer content like this moving infographic from Goldman Sachs.

Not to get meta on you, but here’s an infographic created by Hot Butter Studio on why infographics matter. 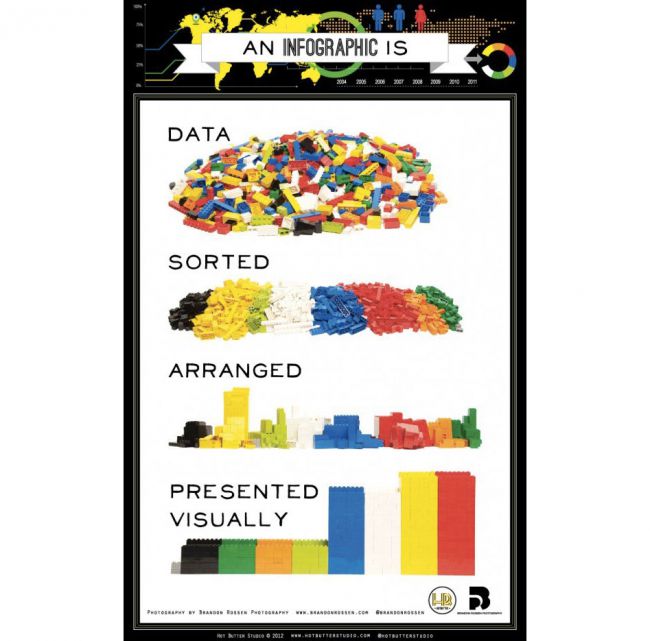 It’s simply put, but it says it all. Using Legos.

When budgets are low or there’s a story that can be told visually, animation and motion graphics continue to emerge as a popular way to tell stories without the need for live actors or an elaborate, costly production.

In this regard, the virtual world is ready for their close-up in the 2020s as a way to tell brand stories using 3D animation, motion graphics, and voiceover. I only mention that last part because you know who writes voiceovers… writers! Last year, I scripted several video projects that involved animation and motion graphics — from an interactive corporate video to the ClearVoice explainer video.

Expect these videos to rapidly evolve over the next 10 years, offering marketers a high-engagement storytelling device that can be a game-changer for companies, whether it’s as simplistic as this stick figure animation on what consent means (using tea as a metaphor). Or one that looks like nothing you’ve seen.

Want to see where these trends are headed? Here’s a visual piece that lays out the emerging trends in animation and motion graphics, from anti-gravity and floating elements to typography animation, which shows the different ways copy can be punctuated using design in a highly visual and multi-layered way.

This next one won’t come as a shock, but in the era of image-centric social media like Instagram and Pinterest, using an editorial lens to decide if/when an image can strongly support a story will be more vital in the near term.

There are only so many words that can describe what a picture can say instantly and impactfully. And if you doubt that, consider what this branded content piece I wrote for Uproxx about a street artist who spray-paints elaborate works of art near homeless encampments on L.A.’s Skid Row would look like without the photos of Skid Robot or the encampments. Not quite as strong, right?

It’s the writer’s job to think about the other layers that can help an image tell a story. Be it through the use of photographic evidence to illuminate an argument or vantage point — or through the creative use of emerging technology such as augmented reality (AR) to bring virtual objects into real-world settings. At the end of the day, articles with images get substantially more views than articles without them.

To illustrate the point, here’s a visual infographic from MDG Advertising:

As you can see, the infographic does a great job displaying the power of images as a game-changer in storytelling. Again, very meta.

This brings me to the last and final visual storytelling strategy bound to gain serious traction in the ’20s: Augmented reality. You’ve been hearing about how it’s been coming for years. For marketers, it’s always been a matter of how, why and does the end justify the means. Well, get ready… it’s about to get good, really good, with some experts predicting AR could become a $25 billion dollar industry by the year 2025.

But for marketers, its omnipresence should hit a lot sooner — like 2020 when 5G presumably arrives along with faster load times and increased browsing/app speeds to provide a greater boost. With it, writers will be needed to hatch creative that uses augmented reality to the best of its ability. Need a visual reference? This is still one of my favorite outdoor campaigns of all-time for Pepsi Max, which used AR at a London bus shelter to simulate a meteor crash, robot warfare and alien abduction for unsuspecting pedestrians.

Then there’s the matter of putting the virtual over the real for billions of people on social media every day. Be it geofilters and lenses developed for Snapchat (then Instagram, which is frequently the case), marketers are more apt than ever to tell their story in interactive and experimental ways using the creative ideas from writers, creative strategists, animators and designers combined with AR.

To that point, I submit this branded content campaign allowing customers to try on — and purchase — things like a pair of Adidas. All part of an experience called “Shoppable AR” lenses designed to drive commerce on Snapchat. Not mainstream by any stretch, but a likely peek at where it’s all headed. And fast. 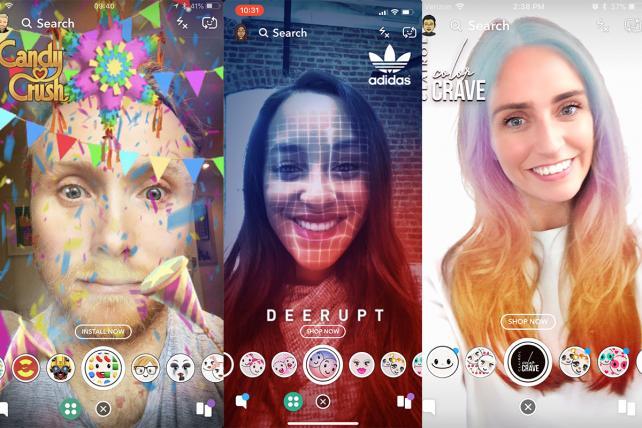 Visual storytelling is primed for a massive jump. Whether this is the kind of marketing your brand should be doing is up to you. The bottom line is that marketers (and writers, for that matter) must evolve to deliver ideas that make visual storytelling a priority across new technologies. In truth, it’s already on display when it comes to how both have combined to make virtual digital assistants come to life.

As we look to the future, you should feel good knowing that with the right tools, you too can — and will — survive the 2020s with 20/20 vision.

From video to #augmentedreality, here are five #visualstorytelling methods writers will need to embrace in #The20s. Click To Tweet

Over the past two decades, Gregg Rosenzweig has spent his career writing, producing and publishing engaging content for American mass consumption in the digital, TV and branded content spaces. From serving as a Creative Director on commercial spots to pitching/winning/executing branded content campaigns for Fortune 100 companies, Gregg's been fortunate to work for (and with) top advertising and digital media agencies... as well as some of the most highly respected publishers across the media landscape.

100 Motivational Quotes: The Power of Words in …