Or, if commercialism had its way — the season of The NorthFace ® ThermoBall TriClimate Parkas™, Starbucks® Gingerbread Lattes™ and drinking Jim Bean® Eggnog wearing an Elie Tahari® cocktail dress.

Ever since Thanksgiving (OK, let’s be honest, Halloween), there’s been an onslaught of holiday advertisements. Black Friday! Half Off! Sale! Sale! Sale! We’re bombarded with good prices and infinite options.

There are some incredibly smart and clever marketing campaigns out there. Here are five that really stand out.

Every year, caffeine addicts everywhere await the unleashing of the holiday Starbucks cup. Rather than the company’s traditional green and white Siren design, a festive seasonal design adorns the cups from the first week in November through the end of the holiday season. They’ve been doing this for 20 years — there’s even a website dedicated to counting down the days until the holiday cup debuts.

This year the cup was red. It wasn’t for lack of creativity either, this red cup decision. It was an intentional consensus reached by Starbucks executives. Red. No Santa, no baby Jesus or menorah or kinara. Just red. Simple. And they didn’t think they’d have to defend it.

Starbucks asked customers to view the cup design as a blank canvas and encouraged people to tell their stories with red cup selfies.

But controversy brewed after a YouTuber decided plain red cups with no holiday design meant a war on Christmas. We heard about it from every news outlet, opinionated Twitter user and late-night comedy host.

Starbucks was caught off-guard by this unintentional campaign, but they were quick to issue a simple statement. Jeffrey Fields, vice president of Design & Content said: “In the past, we have told stories with our holiday cups designs. This year we wanted to usher in the holidays with a purity of design that welcomes all of our stories.”

No matter what you think of the controversy, everybody can agree that the brand got way more publicity out of those holiday cups than they’d bargained for. Even the guy who made that YouTube video still paid $5 for a coffee.

First Commandment: Quick, simple and honest is often the best way to go.

Food52, a community for foodies, started with the purpose of bringing cooks together in one place to discuss how to change our current, unsustainable food system. The site proposes that we don’t have to eat local every day; we can be realists and still make a difference.

This season, the website published an interactive map called “Cookies of the World.” Click anywhere on the map, and it takes you to a page featuring a short story about the cookie and a step-by-step recipe.

Food52 might not be a mainstream blog, but the cookie map is a perfect example of using a brand’s expertise to cater to the wider market (because who the heck doesn’t like cookies?!) It also uses the tried-and-true technique of storytelling. A personal story about baking cookies can make anywhere feel like home. It invokes both a nostalgic and practical human emotion.

Second Commandment: Use storytelling and visuals to affect and broaden your audience.

Cooking a turkey isn’t for the faint of heart or for anyone who doesn’t cook the other 364 days of the year. It involves gross guts, high heat and a lot of patience. The Consumer Product Safety Commission reported that turkey deep frying, a popular way to prepare the bird, has caused $8 million in property damage and nearly 700 injuries since 2002. These numbers were big enough for Allstate to create the “Trouble Never Takes a Holiday” commercial. 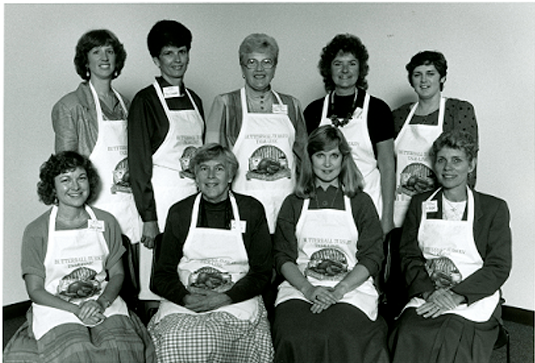 In 1981, a group of home economists got together to answer any turkey-cooking questions. Now, 30 years later, Butterball staffs a call center — the Turkey Talk-Line — in November and December. They spend the season answering any and all turkey-related questions, from the all-too-common “My turkey is still frozen and dinner is in four hours, what do I do?” to the more obscure “How do I roast my turkey so it gets golden brown tan lines in the shape of a turkey bikini?” (The answer is strategically placed tin foil. I know you were wondering.)

This is content marketing at its best. Butterball offers how-to’s on its website and answers any and all turkey questions, even if your turkey isn’t a Butterball. And it gets publicity from the funny ones. Because the challenges of cooking a turkey are a universal experience.

Third Commandment: Be the go-to resource in your industry.

Amazon gets a lot of criticism for how many pies it has its fingers in. But that brand’s got one thing figured out: customer service. 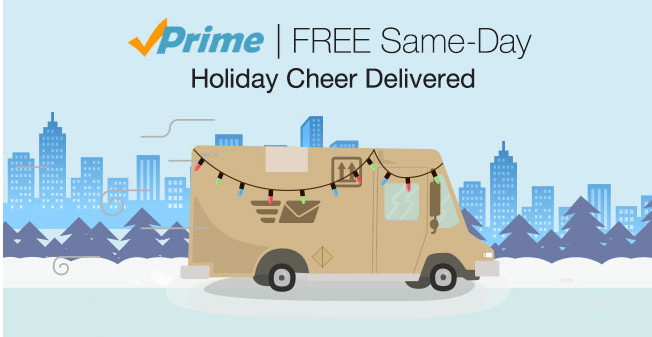 The mega-website is offering free same-day shipping this year, even touting one- and two-hour delivery for some items. This certainly caters to us procrastinators and rivals the motivation to get in the car and drive to the store. With more inventory, incredible convenience, rock-bottom prices and zero lines to wait in, the brand is making it harder and harder (even for us independent bookstore lovers) to resist its appeal.

Amazon accommodates our natural draw toward instant gratification. And it’s a no-brainer for all of us with busy lives. Free shipping simply seals the deal.

Cards Against Humanity, the wildly off-color board game released in 2011, skips the usual Black Friday fanfare. In fact, in 2013 the company raised the price of the board game by $5 on Black Friday and called it an anti-sale.

In 2014, it removed all of its products from its website except one 一 customers could pay $6 for bullsh*t. The first few who received the shipment were a bit surprised to receive actual cattle excrement, but this was par for the course for this quirky company. They made a bold statement. They donated the bullsh*t profits to Heifer International.

This year was slightly different. Fans could buy nothing for $5. The brand brought in $71,145 and used the money to treat their staff, who in turn donated much of it charities of their choice. And made a snarky infographic to itemize purchases.

The company’s approach to the holidays doesn’t just end with its smarta$s take on Black Friday. Every year it mails holiday gifts to a select number of people who sign up (and pay $15) for that year’s schtick. In 2013 it was their 12 days of Christmas, in 2014 it was their 10 Days (or Whatever) of Kwanzaa and this year, it was 8 Sensible Hanukkah Gifts.

These envelopes contain everything from expansion pack cards to one-square foot of a private island to a charitable donation. This year 一 spoiler alert 一 I’ve received three of the eight sensible Hanukkah gifts and so far, they’re all socks with menorahs on them.

The point is, this company knows its audience. If people are going to play an inappropriate, sacrilegious game and laugh about it with their friends, they’ll likely appreciate the edgy, not-safe-for-grandma tone that the brand infuses into all of its holiday marketing. In fact, they’ve gained a following for it. Other brands, including the recent Bloomingdale’s catalog, have taken on the same irreverent tone, and it didn’t go over well at all. Voice is a commitment — edgy, corporate, silly, whatever it is — and brands must be true to it to maintain their customer base.

On an completely unrelated note, everyone is getting Hanukkah socks from me for Christmas.

Thinking About Hiring a Content Agency? Here’s What to Expect

Here’s a breakdown of the tasks a content agency can take off your plate, and yes, it’s basically everything.

Whether you’re a content marketer or freelance creative, keeping up on the latest research is a must for success. We round up recent top findings to know.